Phoenix residents are going to encounter bees, wasps, hornets, and yellowjackets. All of these pests fit into the stinging insect category. Although some are more dangerous than others, homeowners should not ignore these pests. Although the sting might not be deadly, it will be painful. With that being said, you’ll want to do everything you can to get rid of the stinging insects. Working with a Phoenix exterminator is the best way to achieve this goal. Before the extermination process can begin, the exterminator will need to find out which species you have.

In Phoenix, the most common stinging insects include honeybees, bald-faced hornets, paper wasps, and yellow jackets.

Ultimately, paper wasps are moderately aggressive. Although they can sting, they generally do not attack unless someone gets too close to their nest. Keep your hands away from a paper wasp nest to avoid problems. They build small, gray nests that have a honeycomb design. Their nests are smaller than that of other stinging insects. They are generally found on overhangs and fences.

It is common for Phoenix residents to encounter two paper wasp species. The European Paper Wasp has orange antennas with yellow and black stripes. The Northern Paper Wasp has a few orange areas on their brown bodies. Furthermore, their abdomens have white or yellow stripes.

Yellowjackets are very aggressive and they get worse in late summer. As the population climbs, the insect becomes more aggressive. Yellowjackets live in large nests with thousands of other insects. Their nests are usually covered in a back or gray paper material. Their nests are built in attics and under porches. Some yellowjacket pests build underground nests. Unfortunately, those nests are difficult to avoid.

On their abdomens, you will find yellow and black stripes. As for their antennas, they’re black too.

Honeybees are usually not aggressive at all. Some people breed honeybees to be tame. As a result, they won’t attack at all. Remember that honeybees build extensive nests of wax. Their nests are primarily built on rock crevices and hollow trees. They feature a honeycomb pattern. Honeybees often use the same nest for multiple years. They store honey during the summer months to ensure they have enough food for winter.

These stinging insects are yellow or orange with fuzzy bodies.

Carpenter bees are less aggressive than most stinging insects. However, you need to prevent them from boring holes into your fascia, siding, and decks. Once they’ve bored these holes, they’ll discard the wood. Then, the hole will be used to care for their offspring.

Carpenter bees and bumblebees share many similarities and they look alike. Just remember that the carpenter bee in our area has a black and yellow thorax. As for its abdomen, it is shiny and black.

In general, stinging insects are going to approach your home so they can find places to build nests.

Getting Rid Of Hornets And Wasps

Removing stinging insects from your property should be a top priority. Otherwise, you’re going to experience additional risks in the future. You can purchase DIY sprays at your local store, but it might not be a good idea to use these products. When you spray the nest, the insects are going to come out and attack. It is a good idea to wait until the sun goes down. Do that and the stinging insects will be less aggressive. Nevertheless, fixing the problem on your own is dangerous. Work with a professional to eliminate the risks.

Our Treatments Are Safe

Our company works hard to provide safe and reliable stinging insect treatments. Our exterminators rely on products registered with the EPA. Plus, they follow strict protocols to deliver safe results. With our assistance, you’ll be able to remove the stinging insects from your home without experiencing health risks.

Work with us to minimize the costs. In general, we’re going to base the price on the size of your home and the type of stinging insect we’re dealing with. You’ll receive a bid price from us before the treatment begins.

When Can We Begin?

Contact our office to schedule an appointment right now. We’ll work swiftly to take care of the problem. In general, someone with our company will contact you back within 24 to 48 hours.

It is a good idea to take advantage of our home service program. Pay a yearly fee and it’ll cover three visits to your home as well as any treatments that are needed. 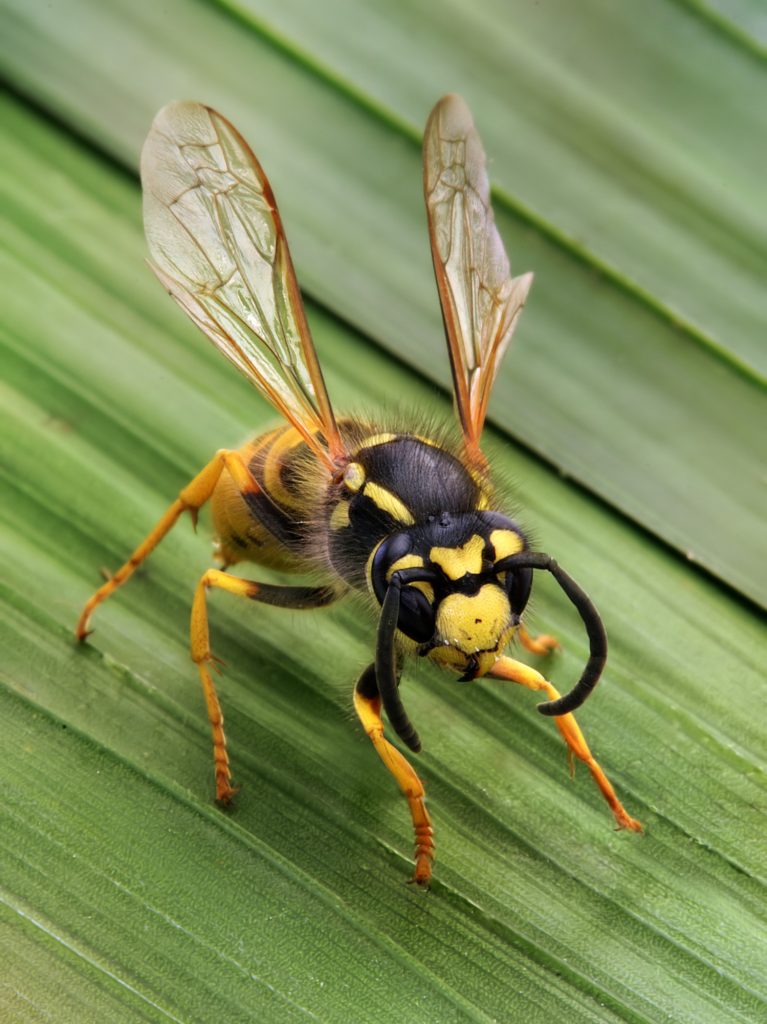